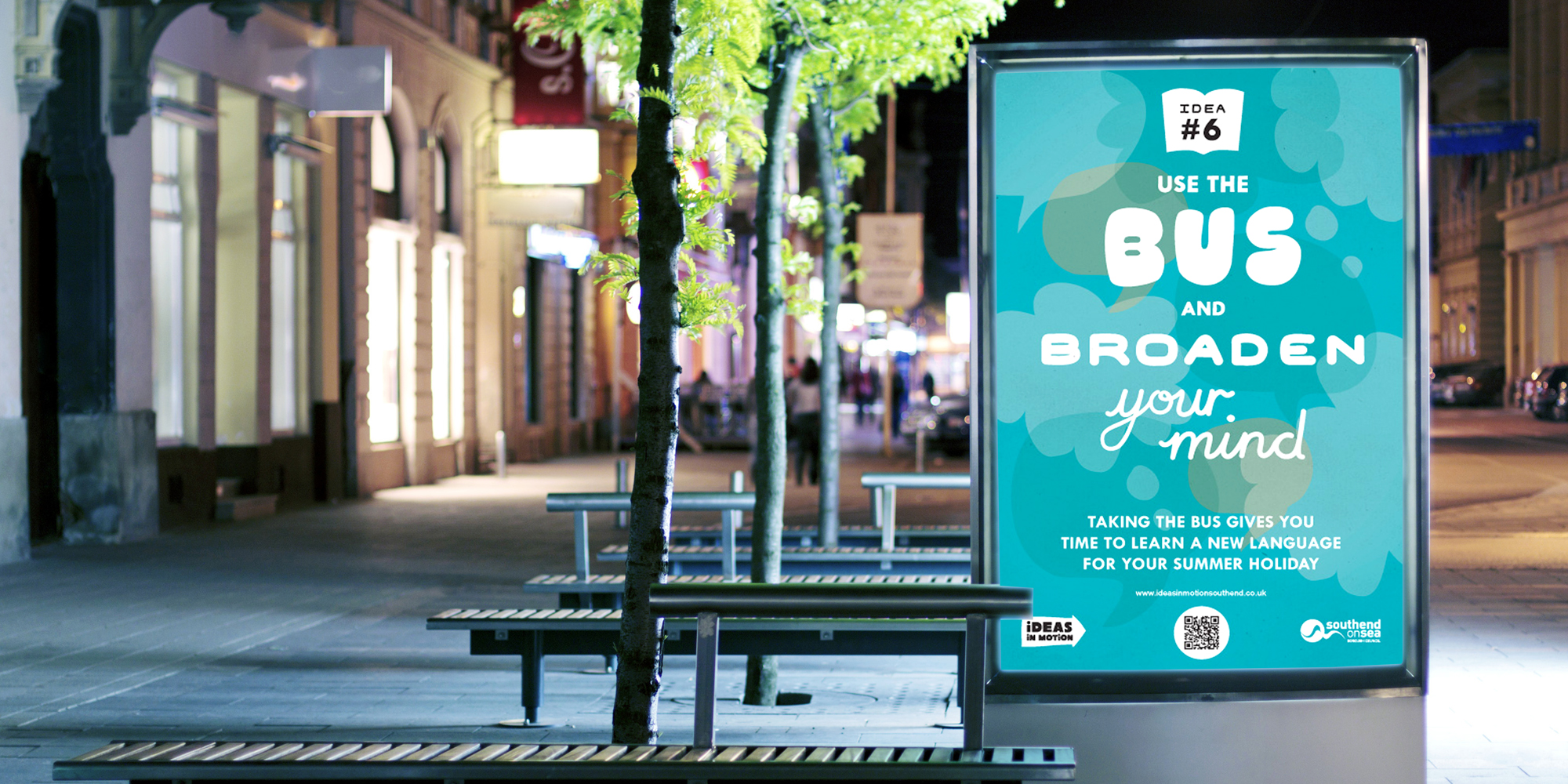 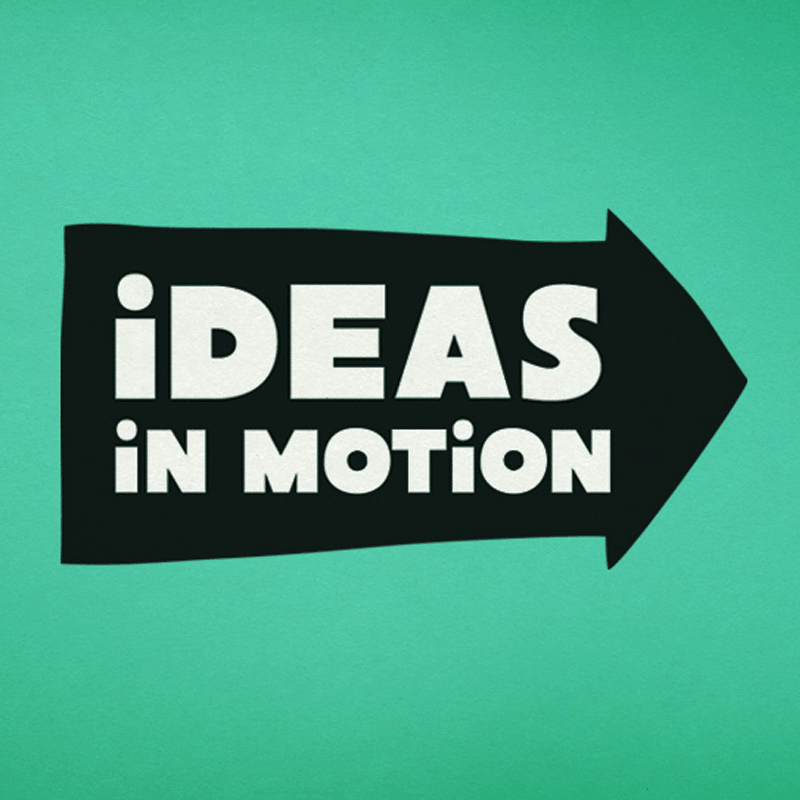 We were charged with creating an identity and campaign that would present the residents of Southend-on-Sea with a range of alternative ways to travel rather than using cars, and some compelling reasons to do so. 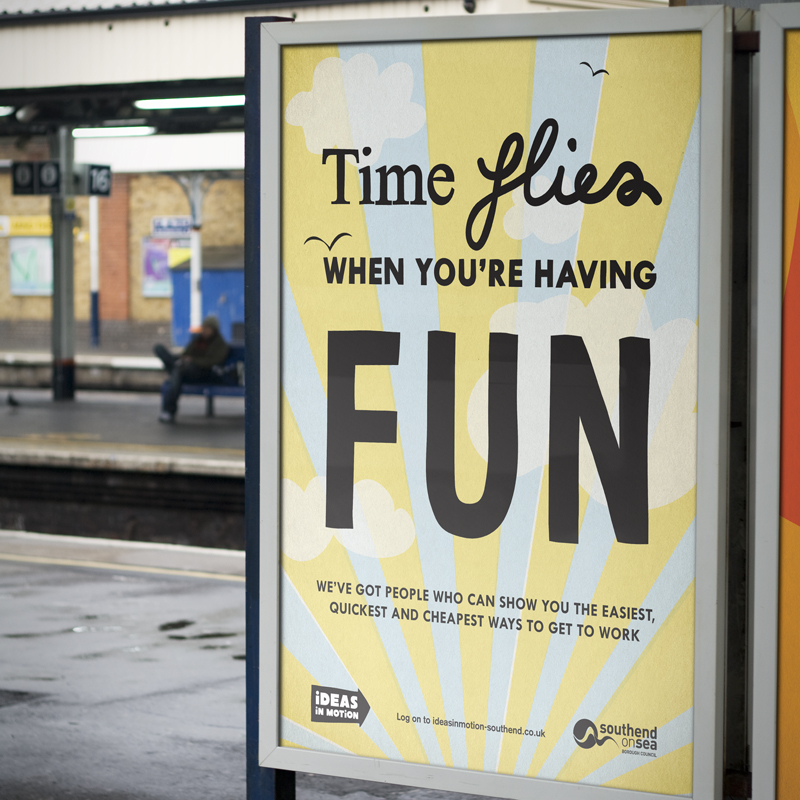 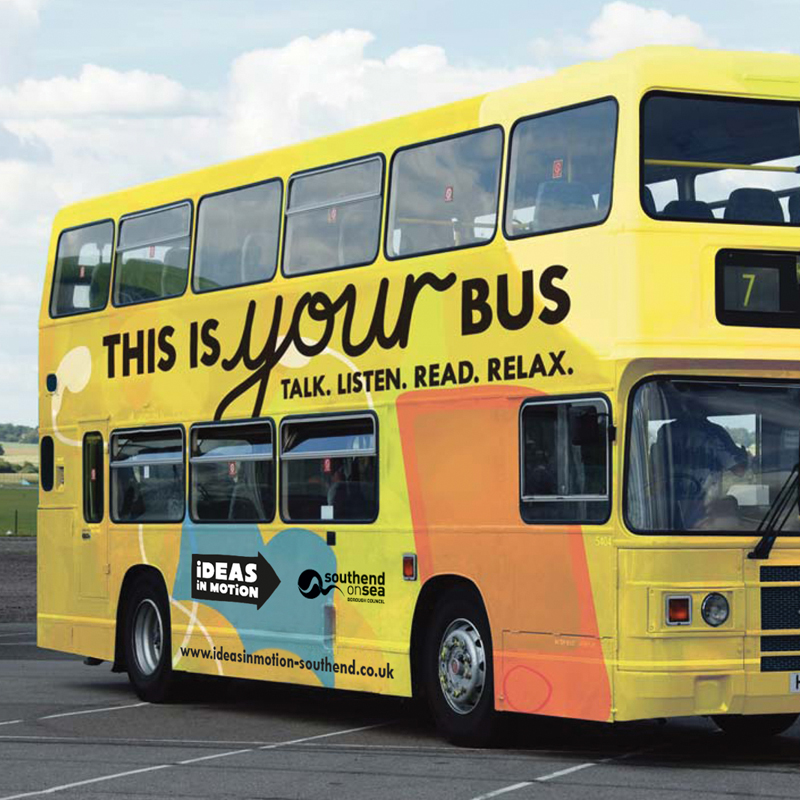 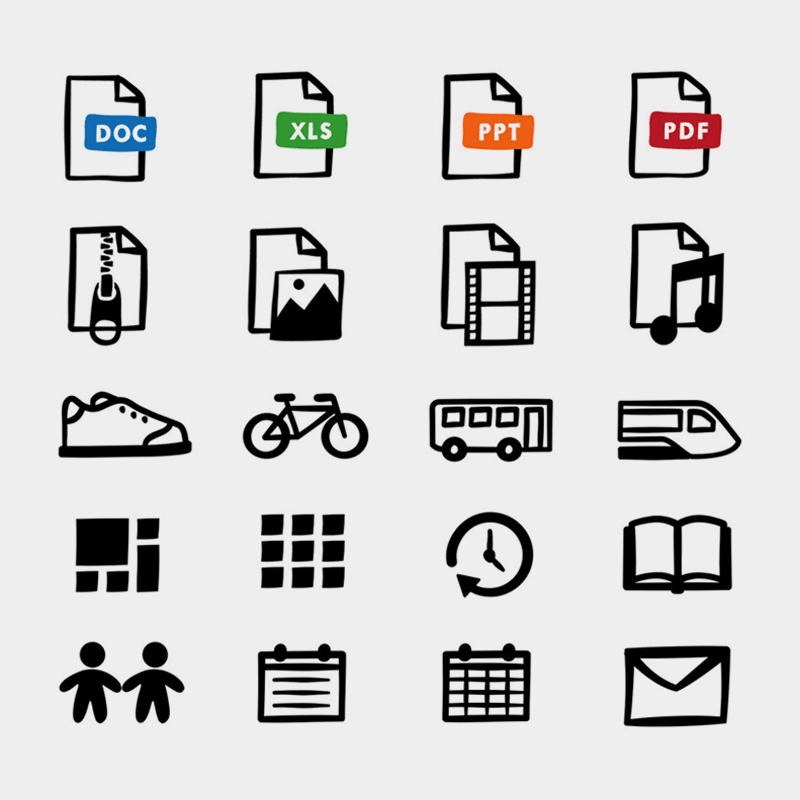 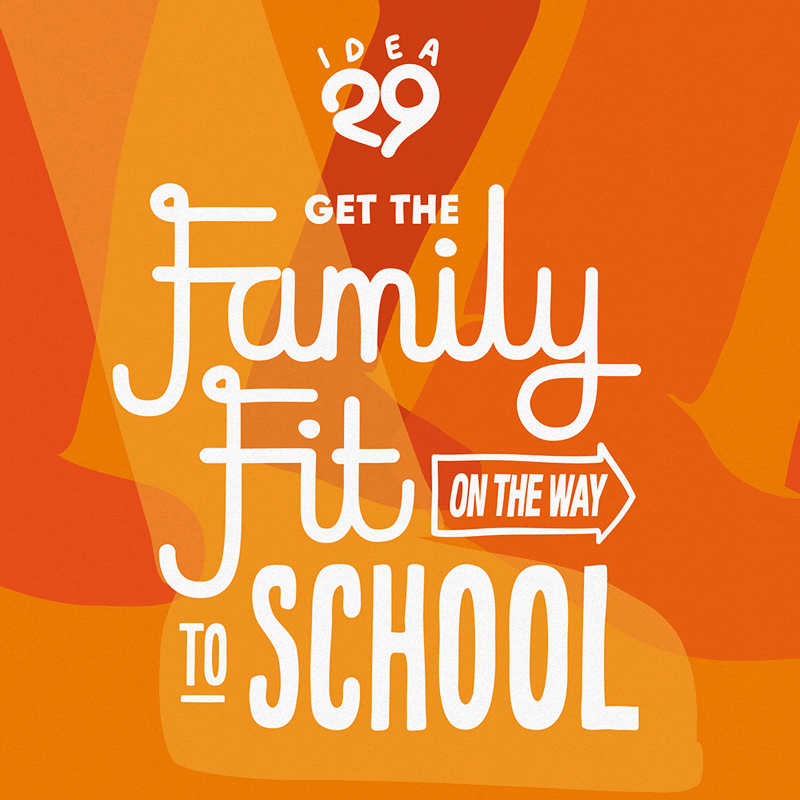 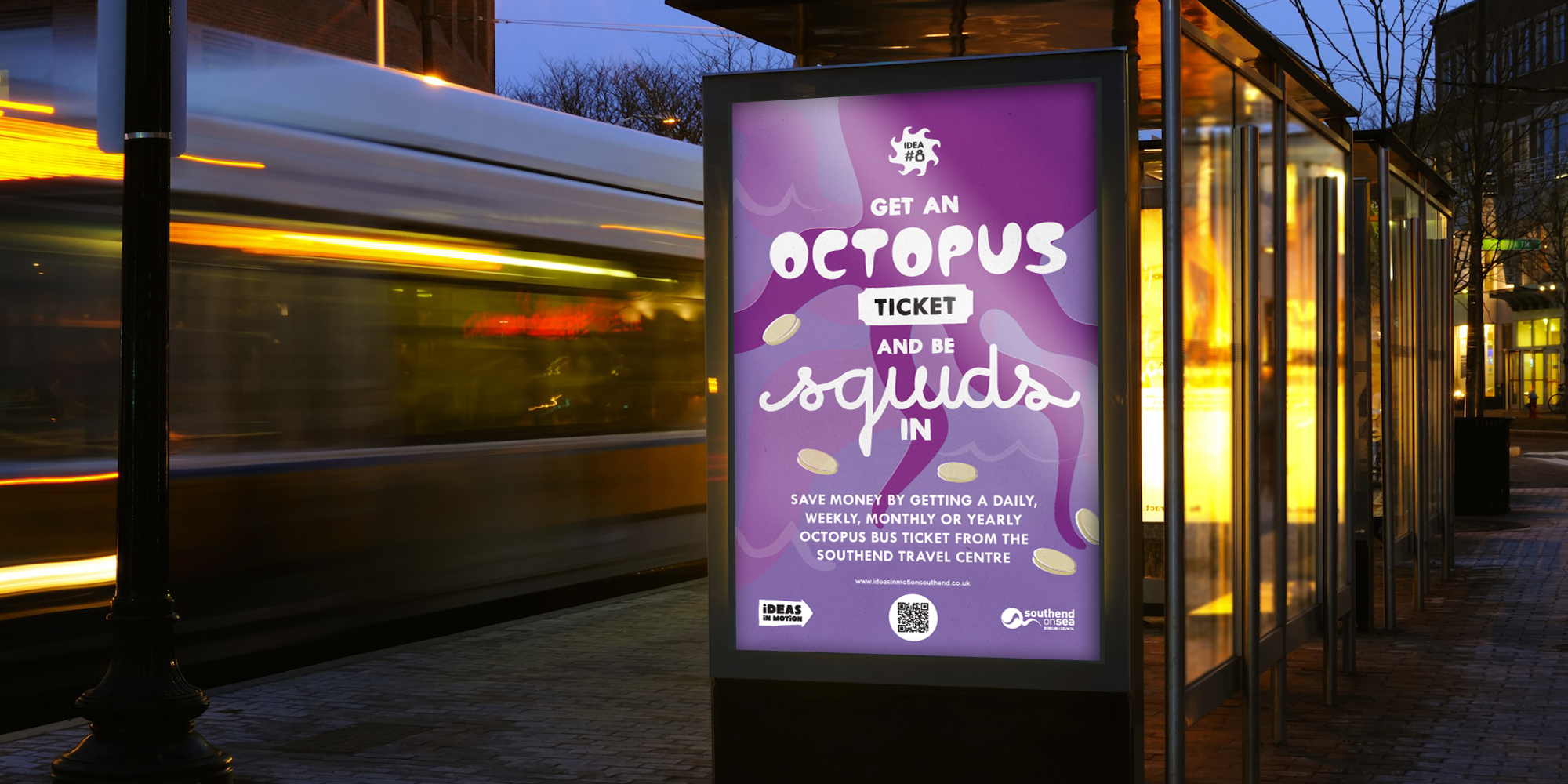 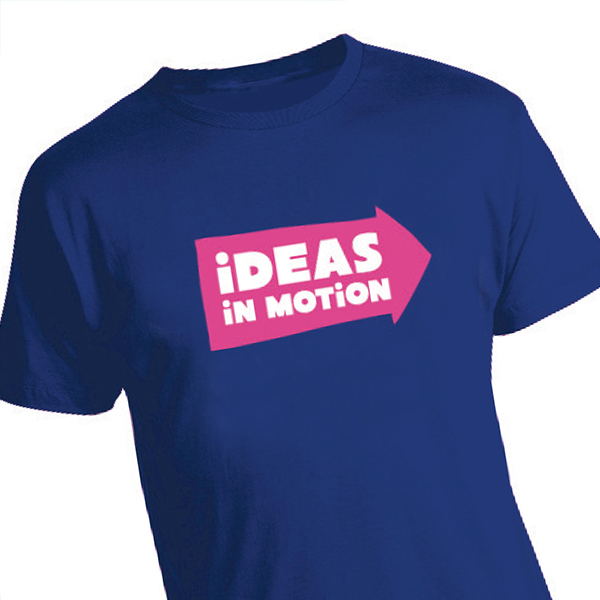 After research the conclusion was that the simplest arguments – go green – would have little impact, where as a focus on health, ease, cost and time to yourself would resonate well. Basing the campaign on user generated ‘ideas’ consisting of tips and tricks for travelling around the city. 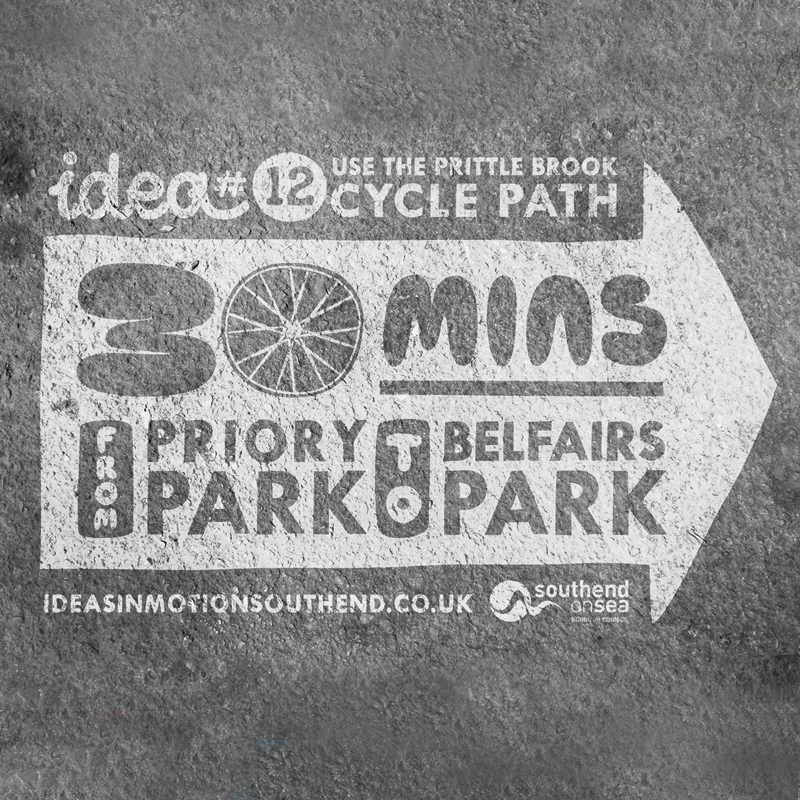 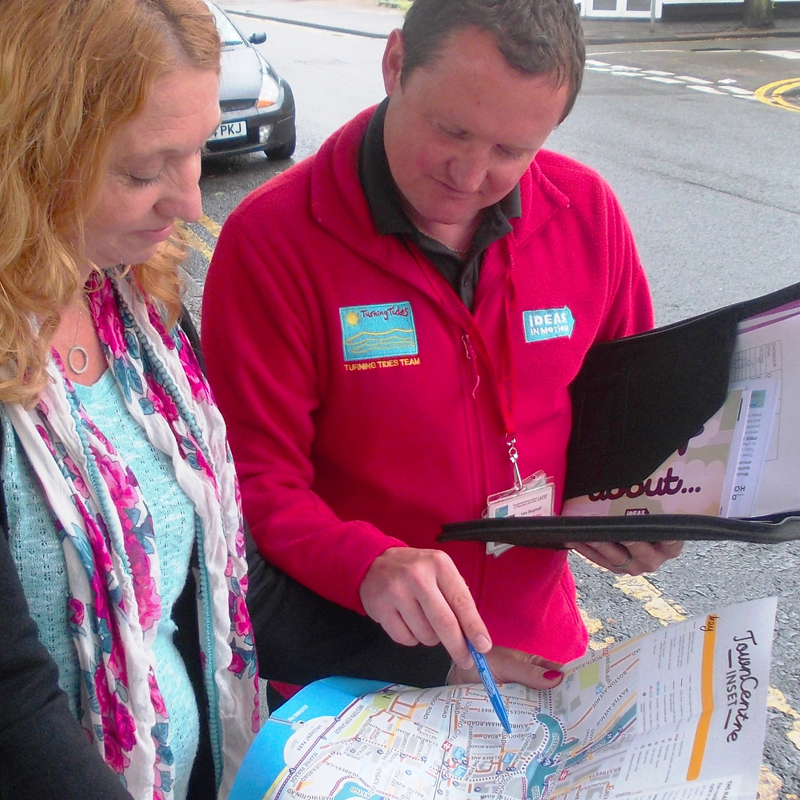 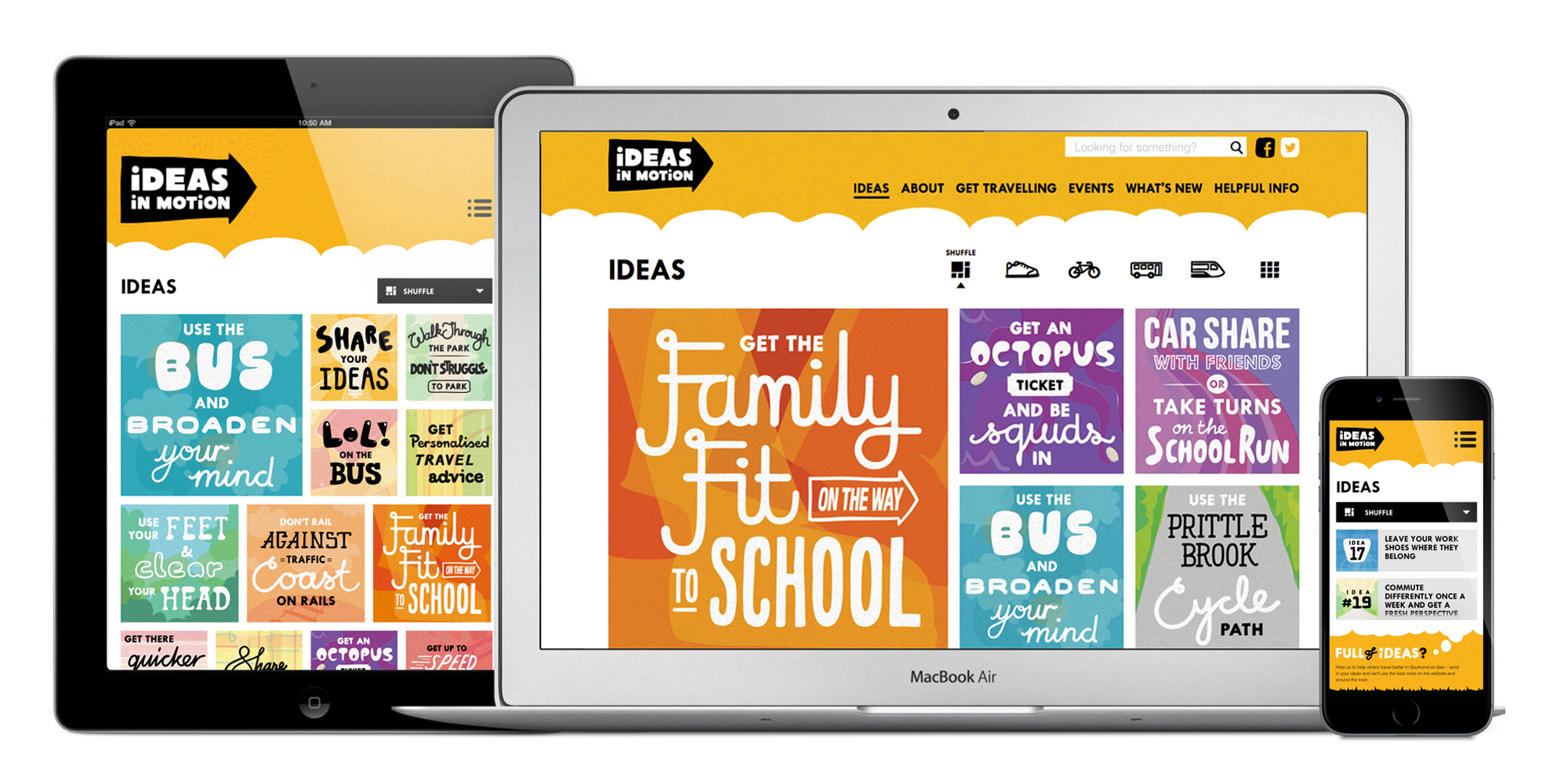 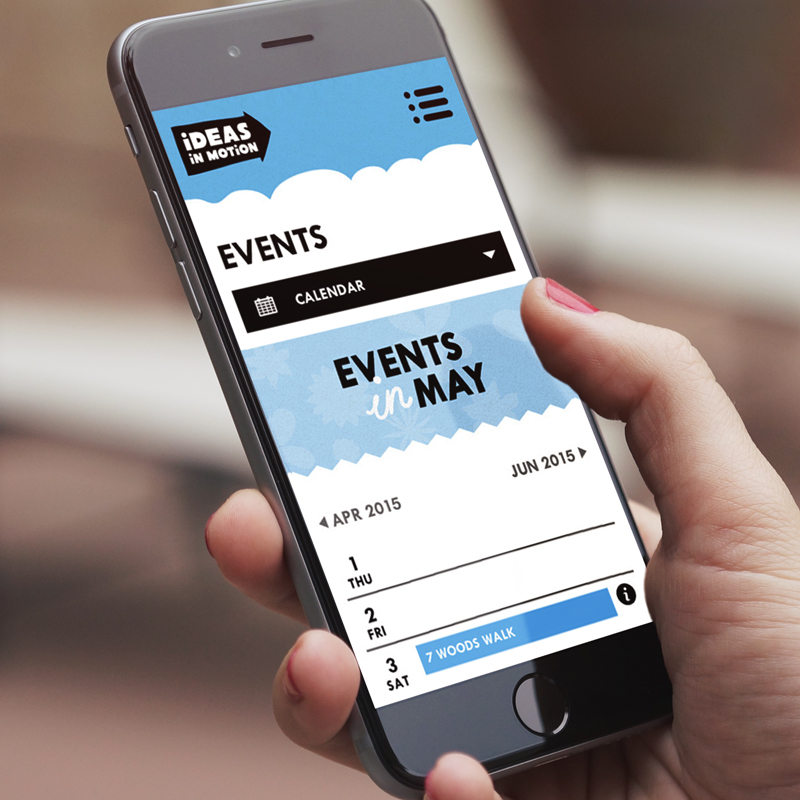 Following the initial campaign brand creation we had to create its online presence to reach the residents of Southend-on-Sea. 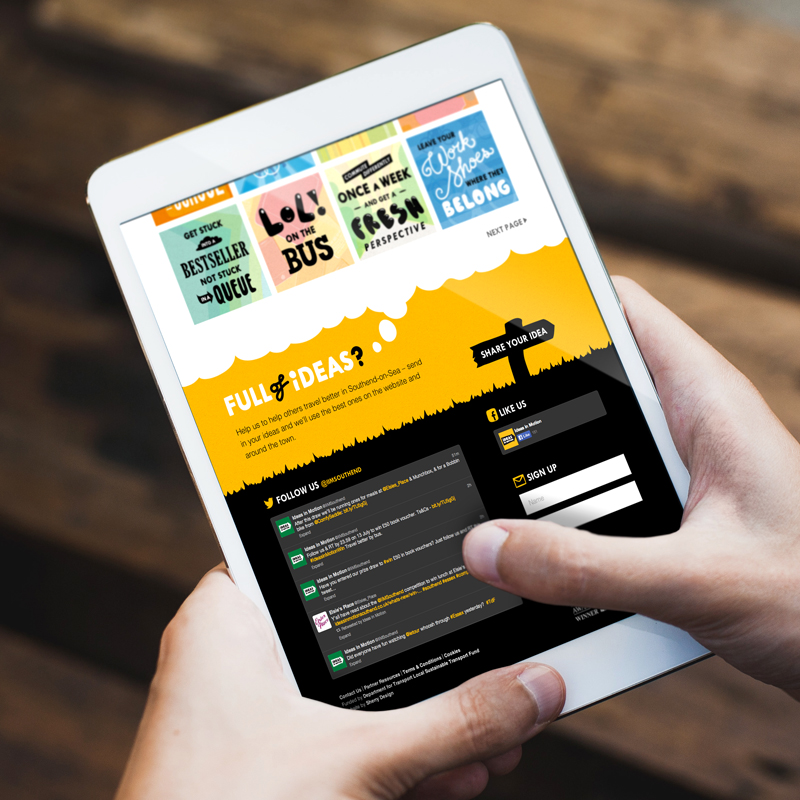 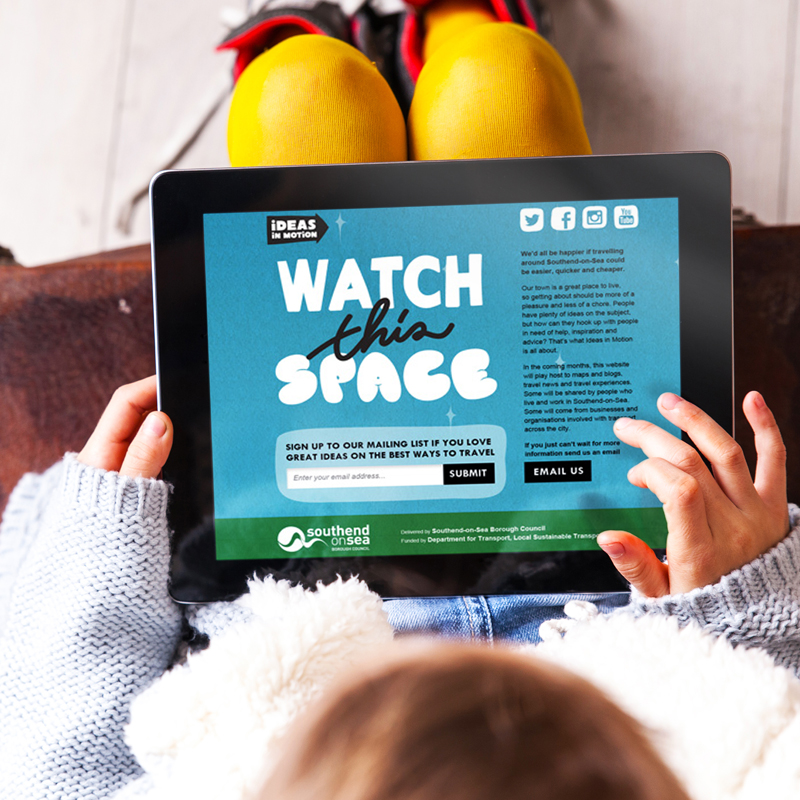 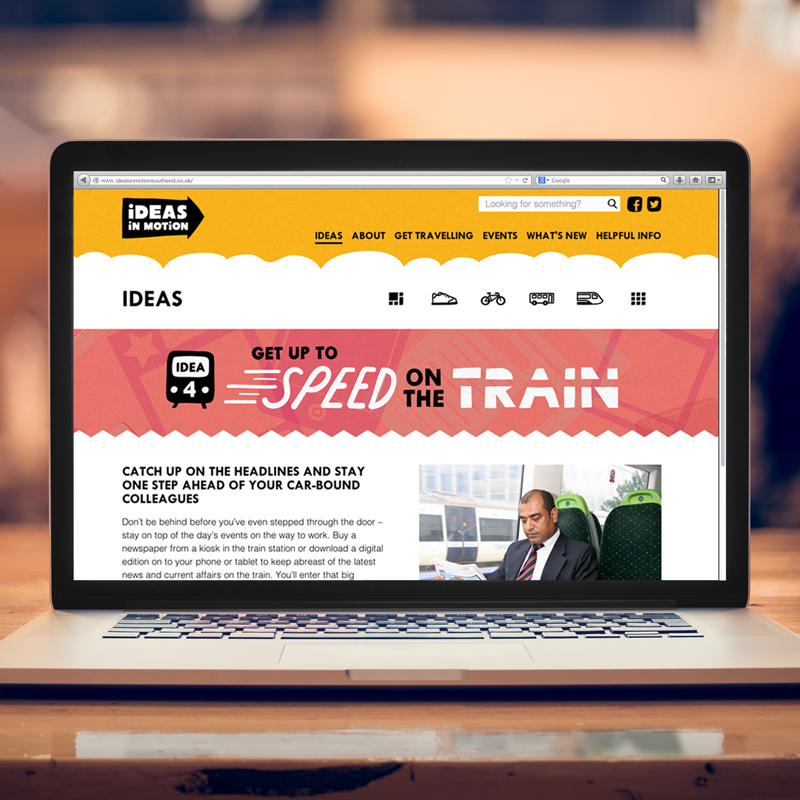 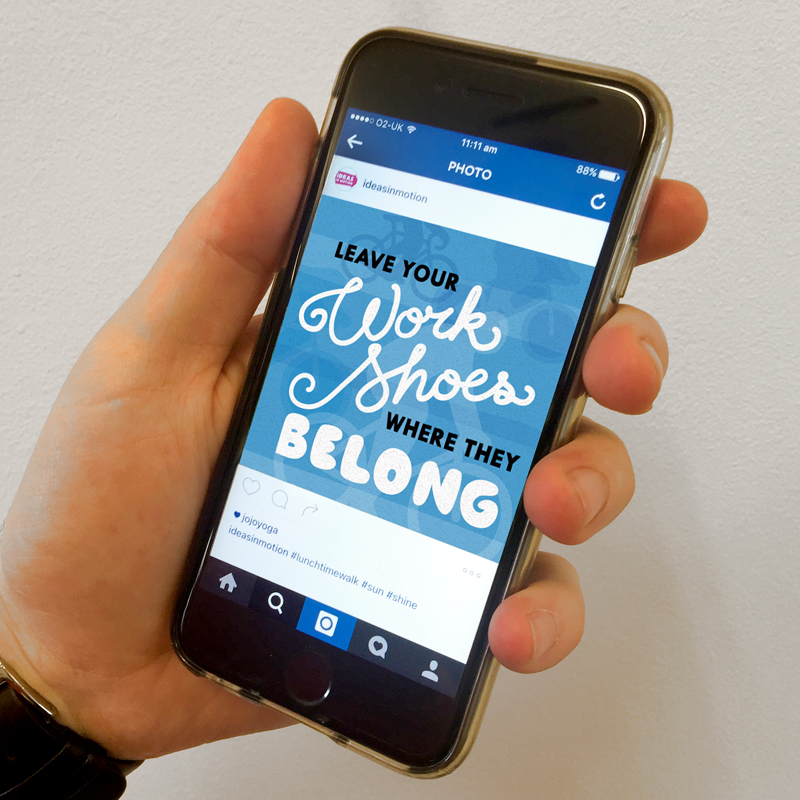 Social media was an integral part of the user generated campaign and channeled visitors to the website to submit ideas. The responsive site allowed people to reference ideas on the go. The campaign won the Social Marketing Campaign of the year Award at The UK Public Sector Communications Awards 2013 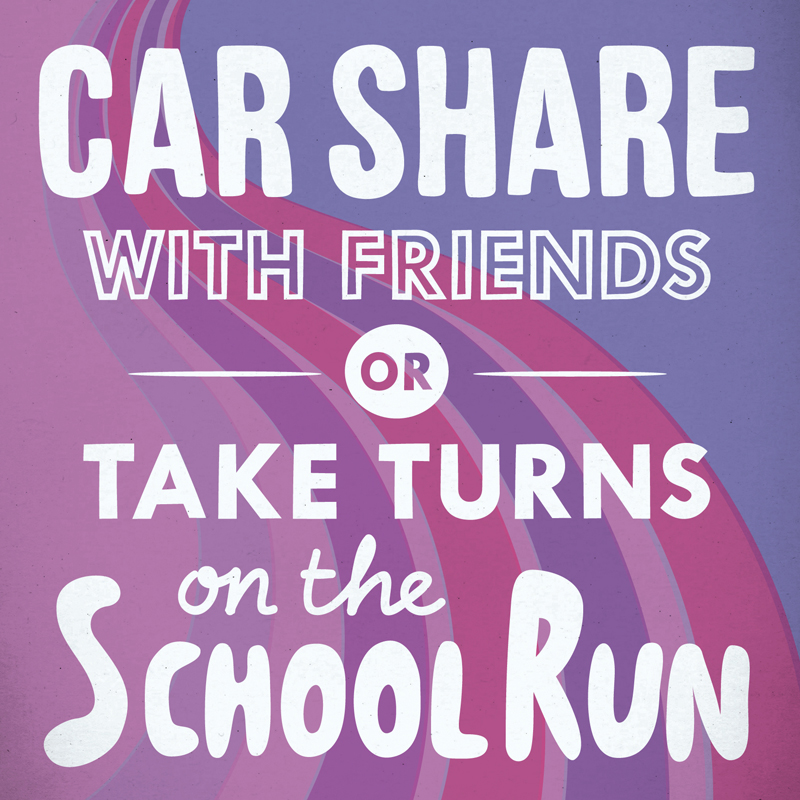