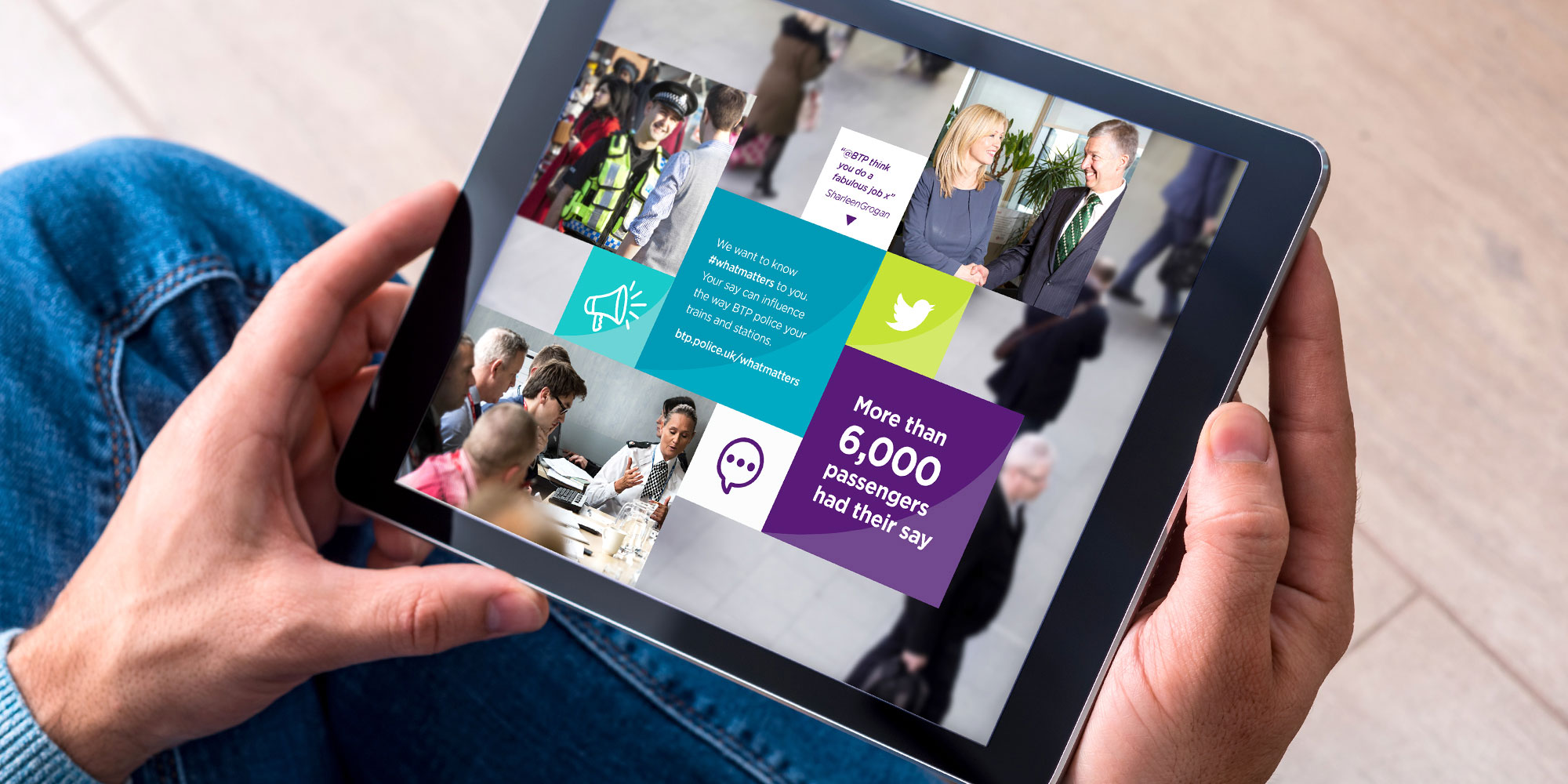 The BTPA are the independent body responsible for ensuring an efficient and effective BTP Force. Each year they report to stakeholders, including the Force on the overall performance from the previous year and targets for the future. 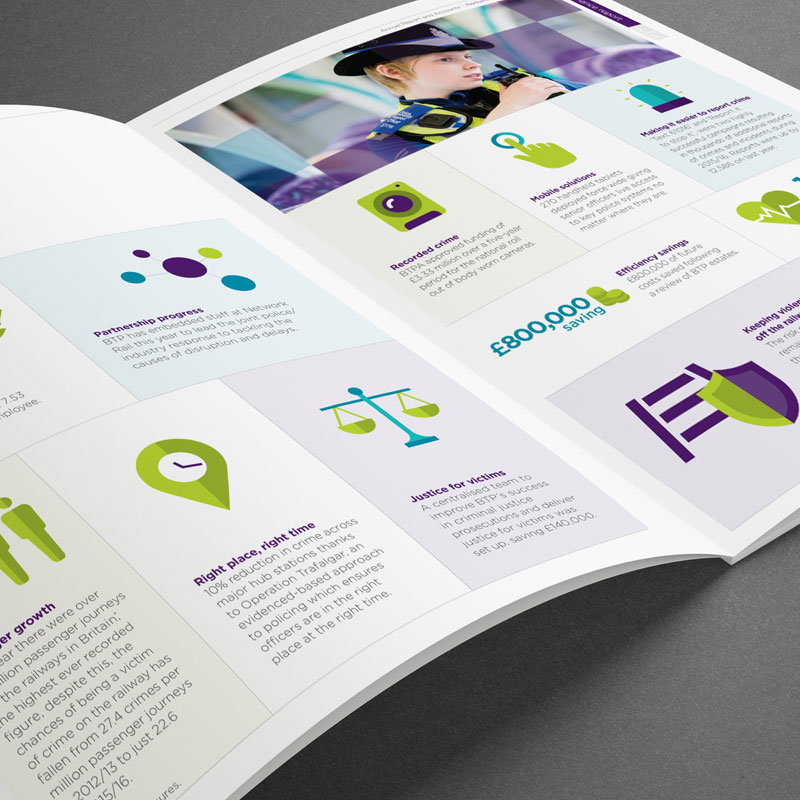 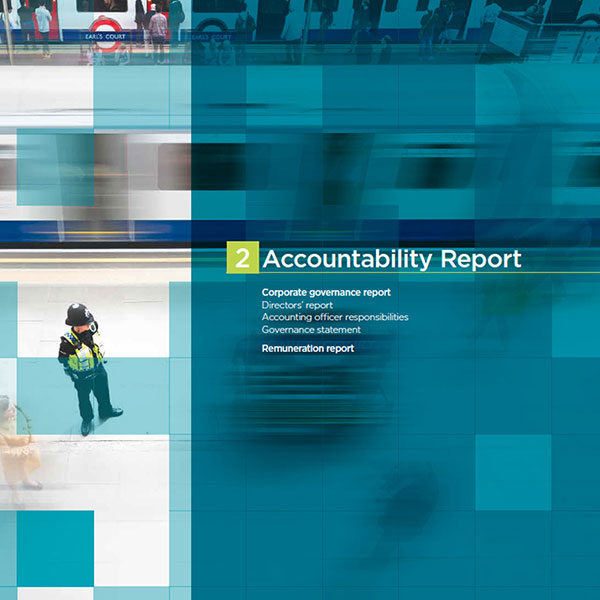 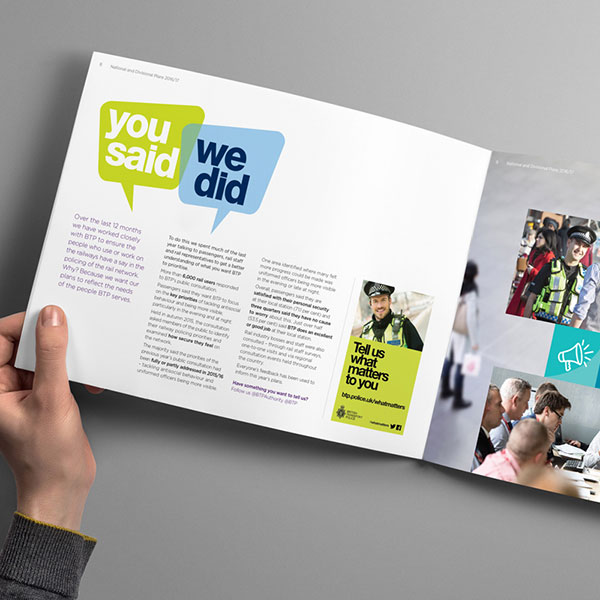 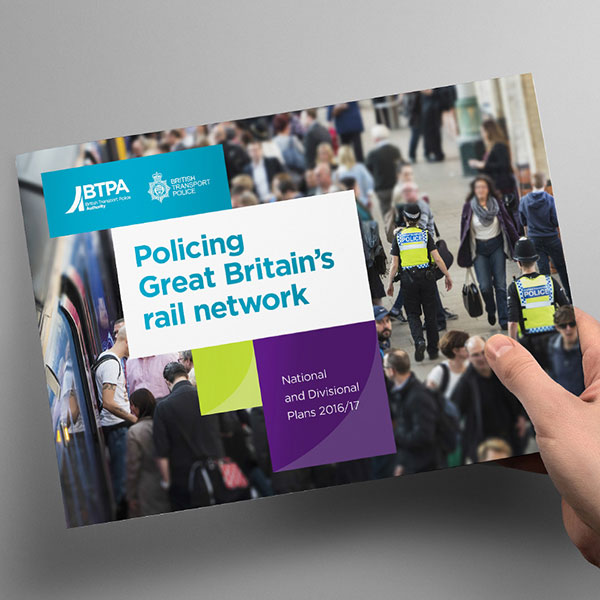 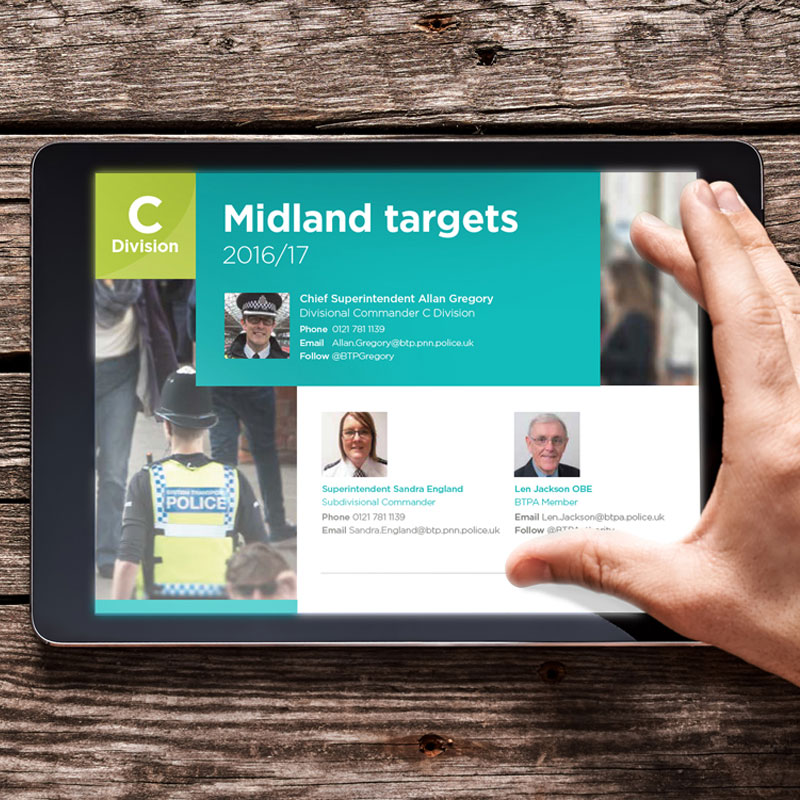 Based around the concept of building confidence in the railway, we created a contemporary visual language to engage the wide stakeholder base with transparency. We developed a visual system to measure success and signpost key areas of risk and targets. A large consultation had taken place throughout the year and we highlighted how feedback received from passengers and staff had influenced strategy and targets. 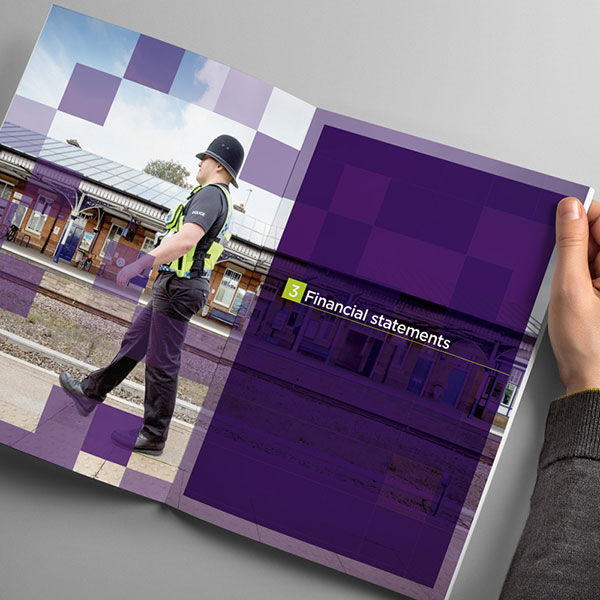